Got some email on the previous post re: Lipa Shmeltzer.

In Monsey, the local 'Community Connections' ad book had a 'kol korei' indicating that no household should buy or listen to 'tapes' (that's the yiddish word, too, 'tapes') that have treife influences. It didn't specify which ones. Every subsequent ad for a music recording, though, delineates each track and indicates which 'chasidus' it comes from. Vocalists are described as "chasidish and warm," niggunim are described as "inspiring and heartfelt." There's clearly a move to tout 'authentic' chasidish music as separate from the 'frei' chasidish music.

Which brings me to another point. I recently saw Isaac Honig at a Melava Malka, and he put yiddish words to "The Lion Sleeps Tonight" by the Tokens, and he sang a bunch of other oldies with a yiddish twist. I guess this is what the 'rabbonim' are afraid of. A musician wants to move beyond the 'holy courtyards' of chasidishe compositions and stumbles across goyishe music, and because it's catchy and eminently playable (it's based on the evil rhythms of darkest africa, remember?), he's sucked in. And the treifene culture claims another victim. Another one bites the prust.

In terms of Lipa himself - It doesn't help that a 'gay kiss' rumor started circulating some months ago about an on-stage show of affection between Lipa and another guy. Stories get blown out of proportion, and there's always a vaad somewhere that's read to go with the kol koreis. Nebech.

So what's the deal? How do professional musicians feel about it? Are we of the opinion that 'authentic' chasidish music is 'min hashamayim,' or do we accept that those compositions were influenced by contemporary music the same as current ones are?

What happened to the concept that Velvel Pasternak documented, being "makdish zein a niggun?" Is that practice no longer allowed? Are only rebbes allowed to do it?

I think this is an important topic to explore.

Last time I wrote you, I mentioned I'd ordered Mysterious Creatures. It came. I read it. I had to read it fast because my daughters 12 and 10 were nudgenudgenudging me for it.

Disclaimer:: I'm not really "of" the world affected by its ban....

...I saw in it something very interesting; I saw in it an approach to teaching kids to think about the natural world and the torah in ways that respect both.

I'm gonna buy multiple copies and give them for bar-bat-mitzvah gifts. If any of the tenuously-Jewish-identified kids in Hong Kong who receive it become frum enough to one day discover it was banned, think of the surprise that'll be!

And Shmuel forwards the following picture: 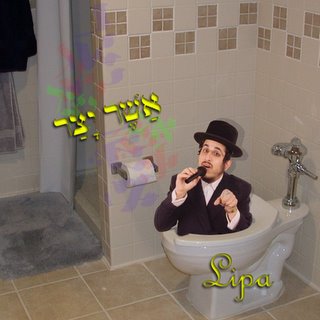