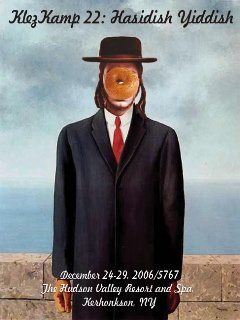 As they did last year, they'll be recording a CD at this year's retreat. Here's the info:

Ray is a treasure. I learned a lot from the few him on the few gigs we played together. I booked Ray for a klezmer gig a while back and he brought along music for some of his own tunes that had never been recorded. Fantastic stuff! It's nice to see that he's recording again.