From the Dm investigative news desk...

Asher Friedman who runs the charity Nechomas Yisroel and Yitzchak Stern from Williamsburg, having failed to convince the rabbonim to ban this year's Lipa Schmeltzer concert, "The Event Live," scheduled for this Sunday, are once again attempting to cause its cancellation at the last minute.

Word is that ads have appeared in today's Yiddish papers, "Der Blatt" and "Der Yid", announcing a ban on the concert, signed by school principals. This represents an attempt at an end run around the Gedolim who signed last year's ban, but were clearly not going to back one on this year's event.

This is a developing story... More as it comes in...

Here is the text. 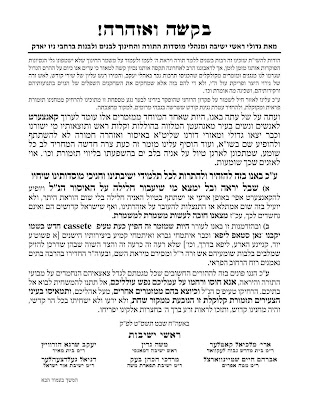 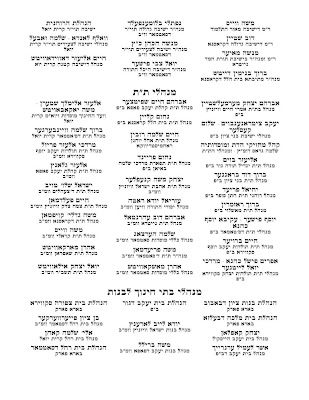 Reading the text, it is clear that it is based on falsehood. Once again, the folks behind this have created a Chilul Hashem. This also should be quite embarrassing for the one Litvishe Rosh Yeshiva who signed. In the past, he's already had to publicly back away from a sefer he wrote a haskama for. An observer might reasonably conclude that he does not read or investigate before signing things.

More as time permits...
Posted by Hasidic Musician at 5:27 PM